Most people enjoy their birthday (maybe not the whole getting older part, but having a pampered day is pretty fun!). Cheyenne’s last birthday was one that will definitely stand out forever, because after nearly 7 years together, Brandon asked her to be his forever.

Excited for some wedding planning, they both agreed that they wanted their day to be relaxed, fun, and memorable. With photos high on their priority list, Cheyenne struggled with how she would know when she found the photographer. They knew it was important to find someone who made them feel at ease, allowed wedding day moments to unfold naturally versus being in their face, and was able to bring their wedding day visions to life…but did their perfect match even exist?

When they arrived at my studio, I could tell Cheyenne was nervous. I assured her that by the time they left the studio, she would completely at ease and know that they had found the photographer they were seeking. I’m pretty sure that in her head she was thinking “yea right, not a chance”. We spent the next hour or two talking about their love story, looking at albums, and excitedly talking wedding plans. As we chatted, I noticed the two looking a little more relaxed on the couch and knew that I had succeeded in keeping my promise.

No more than a half hour after they left, I received a beautiful email:

“Thank you so much for everything. Your absolutely right I do feel 100% better. I really do think we’ll do great together. & I looking forward to having you a part of our special day! I’m beyond excited! I’m so very happy we found you! You’re absolutely right, since we’ve met; photos are no longer a worry!!”

Next-door days to each other, Cheyenne and Brandon met when they were only 14 and 15 years old. They quickly became inseparable, though their relationship remained platonic. Years later, Cheyenne was mistreated by another boy, and Brandon, being the amazingly nice boy that he is, didn’t hesitate to swoop in to wipe away her tears and take her on the fun night out that she deserved. A few months later, they were officially dating 🙂

Blue Marsh Lake was the perfect pick for their engagement session location! We had the best of everything: crisp leaves, fall colors, a gorgeous lake, and a sunset to take our breath away.

If I were to tell someone how nervous these two were leading up to their day in front of the camera, they wouldn’t believe me! Within minutes of their session beginning, they were already laughing, dancing, and almost forgetting I was even there. As we were saying our goodbyes and ready to leave, this little spot caught my eye. I couldn’t walk away from that sky and reflection! We owe a huge thank you to the ranger who allowed us to stay at the park at little later than we were supposed to, giving us the opportunity for this photo! I’m so thrilled to have been invited to be a part of their fall wedding later this year and can’t wait for what’s ahead! 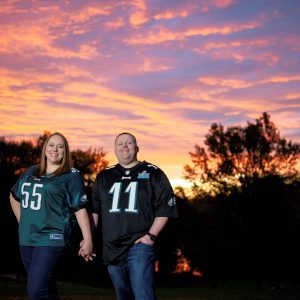 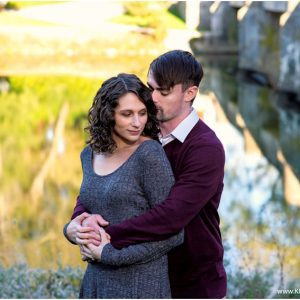 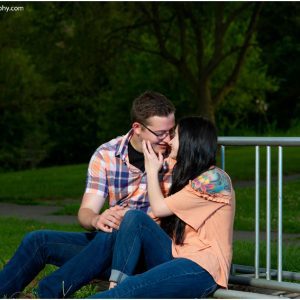 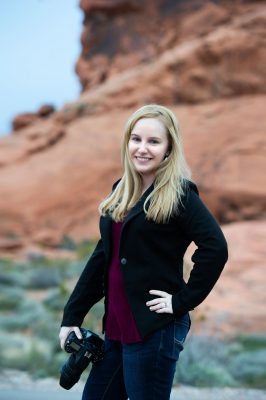