They met twenty years ago; she was a cheerleader and he was a football player. After their elementary school years, they found themselves connected throughout high school, teaming up on school projects and becoming great friends. Like many high school friendships, they lost touch after graduating.

Fast forwarding a few years, Ashley was surprised to receive a message from Justin, asking how life had been treating her. Just a few days later, they were at Dairy Queen for their first date (they are big lovers of ice cream, so it was perfect!).

Ashley knew she had hit the jackpot from the very beginning. She had injured herself pretty badly playing flag football and Justin was right there beside her as she recovered from surgery. (Chris had the same injury a few years back, so speaking form experience of how much care is required, Justin was truly selfless and showed how much he loved this girl!)

These two are avid sports fans  (Justin had even proposed to Ashley during a football game!), so it's no surprise that they wanted to incorporate their love into their engagement session.

Although they're both on the same side when it comes to baseball, they're rivals when their football teams are on the field.

It was a game day, so as soon as the sun starting going down, I knew I had to get these fans home fast. We snuck in just a few more photos, with this last one incorporating their teams' colors. 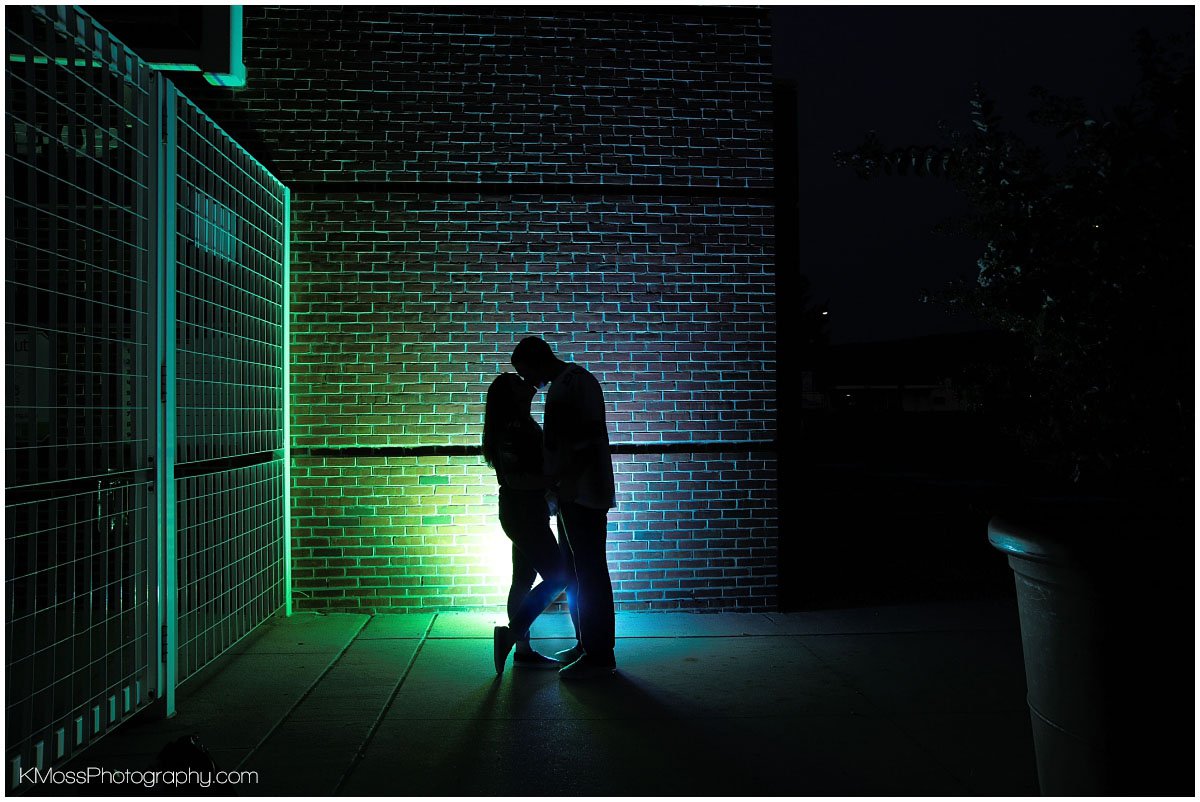