Being lovers of the fall season, Gene and Kristin are huge fans of the Peanuts movie, the Great Pumpkin! Gene had been hinting that the great pumpkin was bringing a gift. Not quite sure what he meant, Kristin assumed it had to do with a gift idea for her October birthday.

After a Saturday night out together on October 29th, Gene mentioned that he had seen a pumpkin in the yard. Puzzled, Kristin looked outside but didn't see anything. Peering further, she walked into the yard and in the distance, saw a big glowing pumpkin in between all his trees. She approached it and saw a box opened with a ring, excitedly put the ring on, and ran inside the house screaming "are we getting married?!?! are we engaged?!?!?!"

Kristin had screamed so loudly that she didn't even hear Gene ask her to marry him! 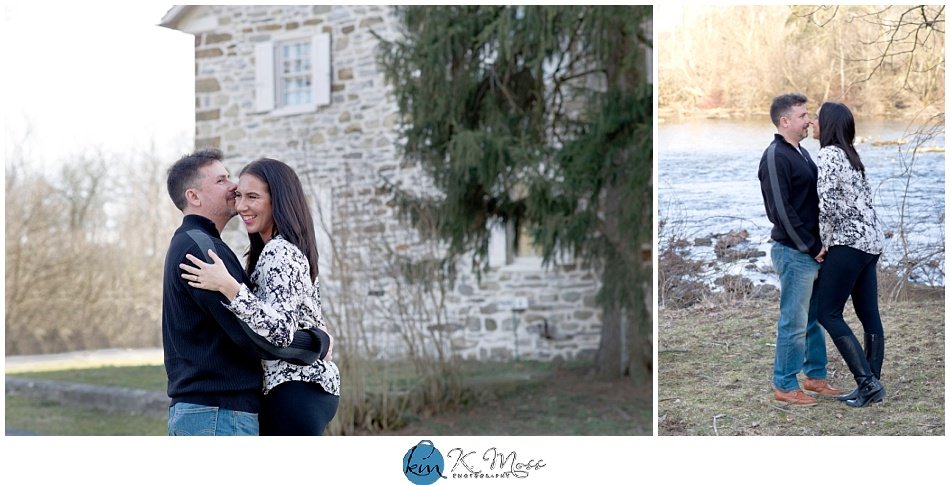 Kristin reached out to me late last year, excited to talk about wedding plans. One of my favorite DJ's to work with (DJ Jimbo) had recommended me, so Kristin already knew that she was in for a pretty awesome experience. Just a few weeks after both the bride-to-be and her mom met in my Reading studio, Kristin was officially a K. Moss bride!

We had discussed snow engagement photos and decided that February would be the perfect time for their Gring's Mill engagement session. Of course, mother nature had a different idea. Instead of snowflakes, the day was filled with sunshine and temperatures in the 70's! Although it wasn't what we had expected, we couldn't complain about the gorgeous weather we were given.

Gene is a huge football fan, so he was definitely eager throw on his jersey and toss around a football for the second half of their engagement session! 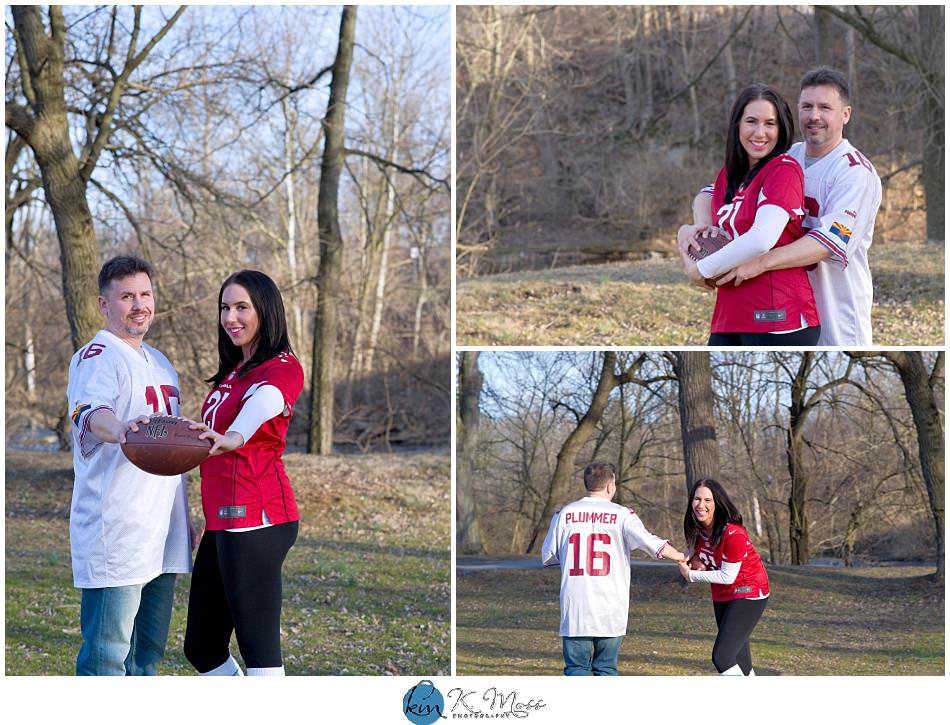 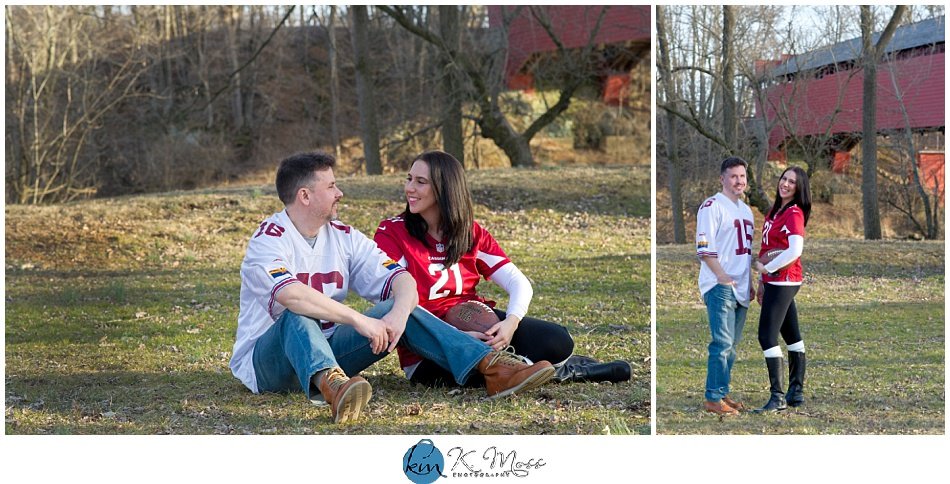 There is just a bit over eight months until these two exchange vows. With most of the planning checklist already being crossed off, there will be plenty of time to sit back and just enjoy being engaged!