It had been perfectly planned out: They'd arrive in Myrtle Beach and a few days later would promise forever in front of their closet family and friends. Then the hurricane swept South Carolina away, and with Jenn and Todd's wedding day only about five days away, their plans were turned upside down.

They could have postponed the wedding but they had spent so much time anticipating this day, it was just crushing to think they weren't going to be married on the day they had been counting down to. Rather than hang their heads down, they sprung into action and re-planned their wedding in Pennsylvania...for the same day they had originally planned.

And it couldn't have been more beautiful.

Joined by those who love them most, the bride and groom share excited glances, giggles, and promises. They were a so visibly excited during the ceremony, thrilled to be sharing this moment together and ready to officially spend the rest of their lives together.

After the ceremony, we snuck away for a bit to take a few "oh my gosh we're married photos!". As we walked, I heard the newlyweds happily whisper to each other how thrilled they were to have heat and sunny skies, just like Myrtle Beach.

When planning a beach wedding, you get excited for ocean sunset wedding photos. Of course, Jenn and Todd had given up that dream when their wedding was re-routed. I nearly did a cartwheel when I found this spot!

The reception room even had its own summery beach vibe!

After the traditional first dance and cake cutting, the newlyweds enjoys spending the rest of the evening with all of the people who had been so supportive throughout all of the last-minute changes. It was clear how much guests cared for Jenn and Todd as a couple, as I noticed the sweetest things written in their guestbook. One note that stood out to me was: "I'm so glad you found each other" 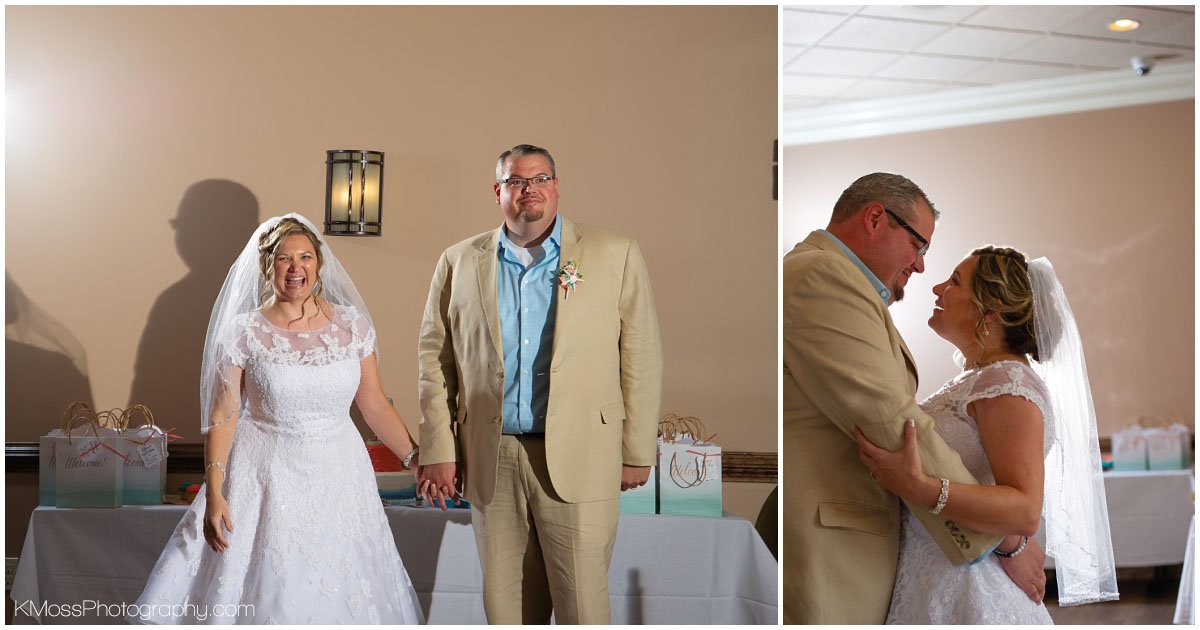 We only met a few days before the wedding but it truly felt like we had known each other for years. Jenn and Todd, I can't even put into words how thrilled I am that your wedding day ended up being even more wonderful than you had imagined it could be!